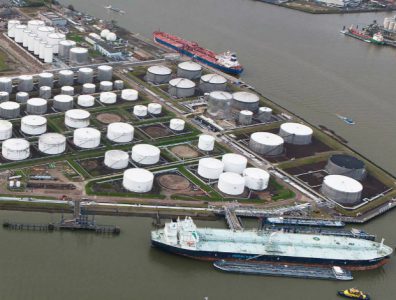 Oil down on more glut worries

LONDON, June 14, 2017 – Global oil supply will continue to grow faster than demand next year, the IEA said on Wednesday, piling pressure on crude prices amid growing commercial stockpiles in the US and elsewhere.

Brent crude futures for August delivery were down about one percent to USD 48.26 per barrel at 12.26 pm in London, despite efforts by OPEC producers such as Saudi Arabia, which said on Tuesday that it would cut its exports significantly in July, to trigger a rally in prices.

“In 2018, we expect non-OPEC production to grow by 1.5 million bopd, which is slightly more than the expected increase in global demand,” the IEA said in its most recent Oil Market Report, noting that “our first outlook for 2018 makes sobering reading for those producers looking to restrain supply.”

US shale production, which has driven total US output up by about 10% over the past year, is a key part of the supply increase. US commercial crude stocks rose by some 2.8 million barrels last week, frustrating analyst expectations of a draw of 2.7 million barrels, according to the American Petroleum Institute.

“Our first look at 2018 suggests that US crude production will grow year-on-year by 780,000 bopd, but such is the dynamism of this extraordinary, very diverse industry it is possible that growth will be faster.”

Despite a production-cut deal extended last month by a further 9 months, OPEC supply also rose by 336,000 bopd in May, the group said in its Monthly Oil Market Report released on Tuesday. The bulk of the new production came from Libya and Nigeria, two countries which are exempted from the deal.

Some analysts said they remain sceptical about Saudi Arabia’s announcement that it would cut some 300,000 bopd in exports to Asia in July.

“They’re making a lot of headlines about reducing supplies but that’s also right in their seasonal pattern of lowering exports in July, August because of domestic needs,” Olivier Jakob, an expert at the Petromatrix consultancy, told Reuters.

Indonesia-focussed players ready the drills
Next