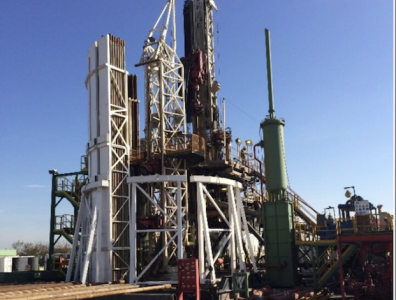 LONDON, July 17, 2019 – Oil prices were near flat on Wednesday in Asia after slumping more than 3% overnight following news that US President Donald Trump and his administration were considering talks with Iran.

Overnight, multiple reports cited US Secretary of State Mike Pompeo as saying “for the first time” Iranian officials “are ready to negotiate on their missile program.” His remarks came after Trump told a cabinet meeting that his administration had made progress with Tehran and did not wish war or regime change there, although he did “want them out of Yemen.”

The news sent oil prices lower by as much as 3%, before rebounding today.

In other news, the American Petroleum Institute reported that crude inventories fell by 1.4 million barrels in the week to July 12 to 460 million, compared with analysts’ expectations for a decrease of 2.7 million barrels.

Official data is due out later today from the US government’s Energy Information Administration, which is expected to report a crude drawdown 3.38 million barrels for last week, according to a consensus of analysts tracked by Investing.com. In the previous week, the EIA reported a drawdown of 9.5 million barrels.

On the Sino-US trade front, worries on Sino-US trade developments resurfaced today after Trump said there is still a long way to go to reach a deal with China.

“We have a long way to go as far as tariffs where China is concerned, if we want. We have another $325 billion we can put a tariff on, if we want,” Trump said. “So, we’re talking to China about a deal, but I wish they didn’t break the deal that we had.”

At the White House cabinet meeting, the president said China was supposed to be buying US farm products and his administration was watching to see if Beijing would do so.