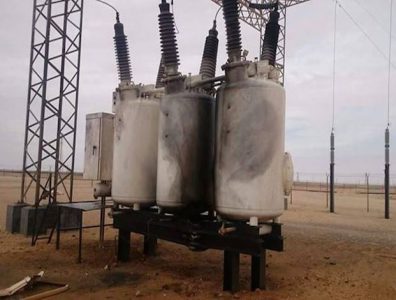 TRIPOLI, February 23, 2015 – Libya’s largest oilfield resumed production on Sunday following a week-long disruption caused by an attack on its pipeline.

Production at the Sarir oilfield halted on February 14 when unidentified militants blew up a section of the Sarir-Hariga pipeline in the country’s east.

The Sarir field is the source of about two-thirds of Libya’s oil production, with an output of about 200,000 barrels of oil per day (bopd). It is operated by the Arabian Gulf Oil Company, a subsidiary of the National Oil Corporation.

A series of attacks by Islamic extremists have shaken the country since mid-month. While no one has claimed responsibility for the pipeline blast, Libyan oil authorities have blamed the Islamic State.

An ongoing armed conflict between Islamist and nationalist militias has seen Libya’s oil production drop from 900,000 bopd in October to around 325,000 bopd in January.

Union rejects offer in US refinery strike
Next

Egypt will auction 8 oil and gas blocks in Mediterranean