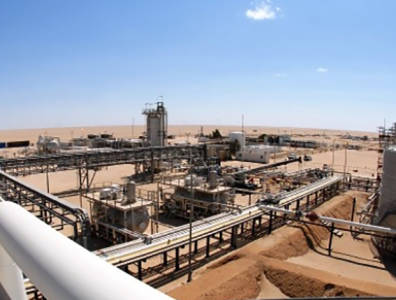 Khalifa Haftar, a military strongman who controls eastern Libya, reportedly attempted to enter the capital Tripoli. His army continued its push on Sunday and conducted airstrikes on a road leading to the capital. At least 35 people have been killed in clashes since last week, Bloomberg reported.

It was reported on Monday that Libya’s internationally-recognized government said it would launch a counterattack against Haftar.

“The risk of this expanding across the country is rising by the day,” analysts at ANZ wrote in a note.

Oil prices have been supported by OPEC’s production cut and better-than-expected economic data from both China and the US, the world’s two largest oil importers.

The output from OPEC’s 14 members fell for a fourth straight month in March, sliding by 295,000 barrels per day (bpd) to 30.385 million bpd. Saudi Arabia itself slashed production to a four-year low of 9.82 million bpd, according to a Bloomberg survey of officials, analysts and ship-tracking data.

US President Donald Trump said following the release of the job reports that the economy would rise like “a rocket ship” if the Federal Reserve cut interest rates.

In China, manufacturing activity measured by the Caixin index expanded more than expected in March, easing concern over a slowdown in the world’s second-largest economy.

Optimism that there could be a U.S.-China trade deal in the near future also lifted investor sentiment.