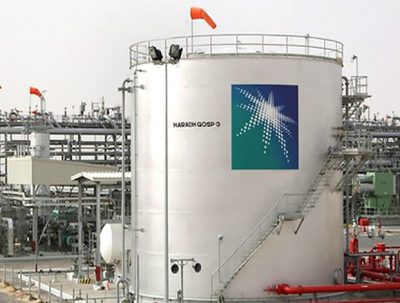 LONDON, March 10, 2020 – Oil prices rebounded on Tuesday in Asia from their biggest fall in almost 30 years amid a potential price war between major producers Saudi Arabia and Russia.

Oil prices saw a historic 30% plunge yesterday as tensions between Saudi Arabia and Russia escalated, while lingering fears about the spread of the new coronavirus continued to affect investor sentiment.

Following a breakdown in talks between OPEC and its allies last week, Saudi Arabia slashed its April official selling prices by $6 to $8 to grab market share. It also plans to boost its crude output above 10 million barrels per day in April from 9.7 million bpd in recent months, Reuters reported citing two sources.

On the other hand, Russia also said it could raise output and said that it could cope with low oil prices for six to ten years.

On Monday, Barclays slashed its 2020 Brent price forecast to $43 per barrel from $59, and West Texas Intermediate price outlook to $40 from $54.