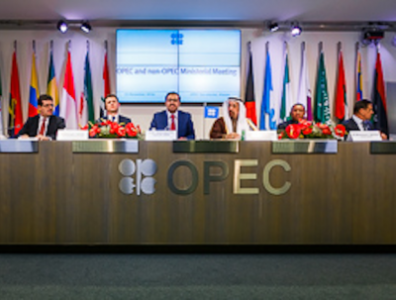 LONDON, March 11, 2020 – Oil prices gained on Wednesday in Asia as US stocks rebounded from Monday’s plunge.

Oil markets received a boost and surged as much as 8% earlier in the day following a rebound on Wall Street. Reports that US President Donald Trump will soon announce “major steps” to support the economy were cited as tailwind for stock markets.

During a meeting with Republican senators, Trump proposed a series of measures including payroll tax cuts, relief measures targeting specific industries like tourism and hospitality, and support for hourly workers that miss work.

Also supporting prices was a White House statement that Trump had spoken with Saudi Arabia’s Crown Prince Mohammed bin Salman in a call on Monday to discuss global energy markets.

However, gains of the oil prices were capped today as Saudi Arabia upped the ante its oil price war with Russia.

“I fail to see the wisdom for holding meetings in May-June that would only demonstrate our failure in attending to what we should have done in a crisis like this and taking the necessary measures,” Saudi Arabia’s energy minister Prince Abdulaziz bin Salman told Reuters.

Saudi Aramco (SE:2222) CEO Amin Nasser said the company would up its supply to 12.3 million barrels per day (bpd) in April, raising concerns that Saudi Arabia is ratcheting up a price war and fight for market share with Russia.

The news came after reports suggested that Russia’s top producer Rosneft PJSC is also planning to ramp up output in April.