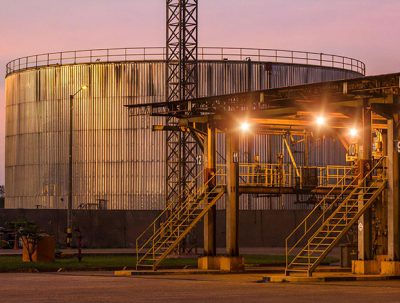 LONDON, March 19, 2020 – Oil prices saw some relief from declining prices on Thursday morning after a heavy sell-off in the previous session, but continued to remain under the $30 mark.

Brent tumbled 13% on Wednesday, while US crude oil lost nearly 25%.

ECB’s program is the latest in a global effort by central banks to stave off economic recession.

But EIA’s report contrasts with the American Petroleum Institute (API) report of a decrease of 421,000 barrels of crude oil in the US crude oil inventories for the week ending March 13 on Tuesday.

Despite the gains today, analysts continued to warn of the economic impact caused by the COVID-19 as totals continue to rise for confirmed cases and deaths. The ongoing price war between producers Saudi Arabia and Russia also seems to have no endpoint, despite Russian hints at a preference for higher prices on Wednesday, according to Bloomberg.

“It seems to me they want to trigger so much pain to Russia and the other producers, to eventually have a new production deal at a later stage. That policy might create a lot damage in between,” he added.

Louise Dickson, an analyst with Rystad Energy A/S, added “What we are seeing here is essentially the atomic bomb equivalent in the oil markets. With each day there seems to be yet another trap door lying beneath oil prices, and we expect to see prices continue to roil until a cost equilibrium is reached and production is shut in.”