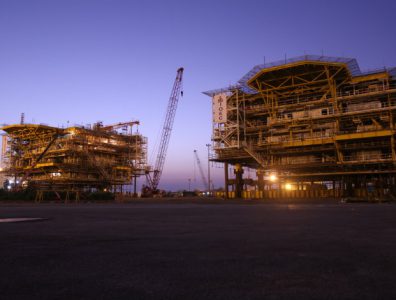 LONDON, April 23, 2019 – Oil prices traded higher on Tuesday in Asia and are near six-month highs following reports that the White House decided not to extend waivers for all oil buyers that previously allowed them to purchase some Iranian crude.

In May, US President Donald Trump and his administration granted waivers to eight countries that let them continue importing crude oil from Iran following a sanction announcement against the country.

“President Donald J. Trump has decided not to reissue Significant Reduction Exceptions (SREs) when they expire in early May,” the White House said in a statement. “This decision is intended to bring Iran’s oil exports to zero, denying the regime its principal source of revenue.”

Prior to the announcement, markets widely expected the US to extend the waivers, according to CNBC.

The Trump administration’s objective, Secretary of State Mike Pompeo said, was to prompt Iran to renegotiate the international agreement halting its pursuit of nuclear weapons, halt its ballistic missile tests and end its support for terrorist groups.

“We are going to zero. How long we remain there, at zero, depends solely on the Islamic Republic of Iran’s senior leaders. We’ve made our demands very clear to the ayatollah and his cronies,” said Pompeo said during a press conference on Monday.

Trump said he expected the Organization of the Petroleum Exporting Countries (OPEC) to end its five-month long production cuts that have jacked crude prices by nearly 50% this year and replace lost barrels from Iran and other sources such as Venezuela and Libya.

“Saudi Arabia and others in OPEC will more than make up the Oil Flow difference in our now Full Sanctions on Iranian Oil,” Trump tweeted.