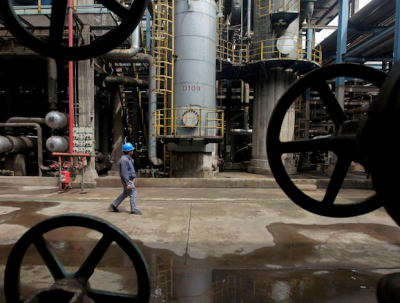 Oil prices up ahead of US rig count data

LONDON, October 19, 2018 – Oil prices bounced higher on Friday after two sessions of sharp declines sparked by a large build in U.S. crude inventories, while investors looked ahead to the latest reading on U.S. drilling activity.

West Texas Intermediate oil was on track for weekly losses of 2.4%, while Brent managed to eke out gains of 0.2% since last Friday after Wednesday’s report from the U.S. Energy Information Administration showed that U.S. crude stocks surged by 6.5 million barrels last week, the fourth straight weekly build and almost triple what analysts had forecast.

Still, the potential political fallout after the disappearance of Saudi Arabian journalist Jamal Khashoggi and upcoming sanctions against Iran continued to loom over oil markets.

U.S. President Donald Trump vowed on Thursday to find out exactly what happened to Khashoggi, who he said might be deceased. He warned of a “very severe” response to Saudi Arabia, which is under political pressure for its role in the disappearance. Both business and political leaders have been distancing themselves from the Kingdom.

Khashoggi disappeared after he entered the Saudi consulate on Oct. 2 to obtain marriage documents, sparking speculations over the kingdom’s involvement. Turkish media leaked an audio file that showed the journalist was tortured and murdered in the consulate.

U.S. sanctions on Iran, which will take effect on Nov. 4, have also been cause for concern. Analysts are also worried about whether Saudi Arabia and Russia will be able to compensate for the expected fall of Iranian exports of about 1 million barrels per day.