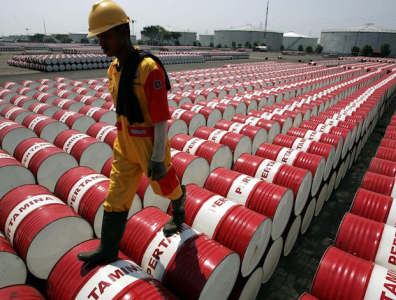 Oil rallies amid optimism that market is rebalancing; WTI back over $50

LONDON, August 10, 2017 – Oil prices continued higher on Thursday, rising to the strongest level in almost three months amid growing optimism that the market was starting to rebalance.

Elsewhere, Brent oil for October delivery on the ICE Futures Exchange in London tacked on 83 cents, or about 1.6%, to $53.53 a barrel. It touched its highest since May 25 at $53.63 earlier in the session.

Sentiment was boosted after the Organization of the Petroleum Exporting Countries forecast higher demand for its oil in 2018 due to rising global consumption and slower supply growth from rivals.

In its monthly report released earlier, OPEC said the world would need 32.42 million barrels per day (bpd) of its crude next year, up 220,000 bpd from the previous forecast.

The group was also upbeat about 2018 economic growth and said oil stocks in developed economies declined in June and would fall further in the U.S., a sign the OPEC-led supply cut is working.

According to the report, the cartel’s oil output rose by 173,000 bpd in July to 32.87 million bpd, led by gains in Libya and Nigeria, two members exempt from the cuts aimed at eliminating excess supply.

The figures mean OPEC has complied 86% with its output-cutting pledge, down from 96% initially reported for June but still high by OPEC standards.

Natural gas futures for September delivery advanced 3.4 cents, or nearly 1.2%, to $2.917 per million British thermal units as traders looked ahead to weekly storage data due later in the global day.