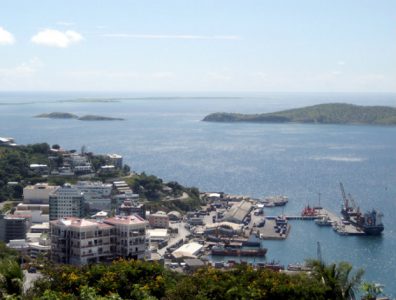 The exploration company’s Q4 revenue was USD 341 million, down from USD 562 million in the previous year, prompting a major company review. A total income of USD 1.59 billion was made in 2015, down only slightly from USD 1.61 billion they made the previous year.

Oil Search spent considerably less than expected this year on exploration and development, and it offset low oil prices with a 52% raise in production. The firm produced 29.25 million boe in 2015, the most it ever has. It expects to continue raising output to 27.5 million-29.5 million boe this year.

Operating costs on the company’s facilities are very low and the company will be able to generate a profit even if oil prices fall to USD 20 a barrel, Oil Search’s managing director Peter Botten reported.

Oil Search is participating in the new rise in LNG endeavours by major hydrocarbons firms. Its massive PNG LNG project hopes to draw gas from seven fields in Papua New Guinea near the Gulf of Papua. More than 255 bcm (9 tcf) and 200 million barrels of associated liquids are expected to produced over the next 30 years.

“Material progress is also being made on the Papua LNG project, which is regarded by the participants and a range of independent experts as one of the most competitive greenfield LNG projects in the world,” Botten said.

AWE withdrawing from US shale