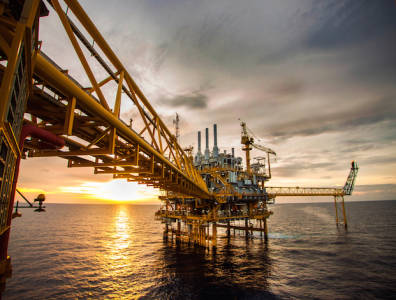 LONDON, May 24, 2021 – Oil was up Monday morning in Asia, with investor sentiment boosted by signs of the US’ continuing economic recovery from Covid-19 and the improved outlook for fuel demand. Investors are also monitoring the progress of talks to revive a 2015 Iranian nuclear deal that is likely to increase global crude supply.

Iranian President Hassan Rouhani said during the previous week that the US was “ready” to lift sanctions on the country’s oil, banking and shipping sectors, causing oil prices to fall.

“Iran’s oil production has been rising in recent months, likely in anticipation of a lifting of the sanctions,” ANZ analysts said in a note.

However, Iranian speaker of parliament Mohammad Bagher Ghalibaf said on Sunday that the expiry of the three-month monitoring deal between Iran and the UN’s International Atomic Energy Agency would cease the latter’s access to images from inside some Iranian nuclear sites. Talks between the two sides continue in Vienna throughout the week.

On the weather front, investors are monitoring a low-pressure system located over the western Gulf of Mexico, which has a 60% chance of becoming a cyclone in the next 48 hours according to the US National Hurricane Center.

Elsewhere in the US, the spread of Covid-19 continues to slow down, with the country ending its first week since June 2020 with no days of infections exceeding 30,000. Death rates continue to fall in France and Italy, furthering improving the fuel demand outlook.

In Asia, however, several countries continue to deal with Covid-19 outbreaks. The total number of Covid-19 deaths in India stood at 303,720 as of May 24, according to Johns Hopkins University data.

Meanwhile, the Organization of the Petroleum Exporting Countries and allies (OPEC+) has reportedly pushed back its Joint Technical Committee meeting, initially due to have taken place on May 25, has reportedly been postponed to May 31. However, the cartel’s ministerial meeting will still take place as scheduled on Jun. 1.