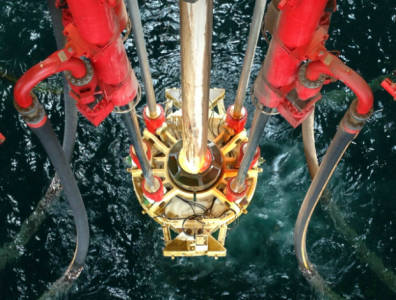 Oil up, focus on OPEC+ decision as Suez Canal reopens

LONDON, March 30, 2021 – Oil was up Tuesday morning in Asia, as attention shifted from a container ship stuck in the Suez Canal to an Organization of the Petroleum Exporting Countries and allies (OPEC+) meeting later in the week.

Traffic in one of the world’s busiest waterways resumed on Tuesday after tugs refloated the Ever Given, which had been stuck for almost a week.

With the disruption from the blockage likely to prove minimal, investors are now focused on Thursday’s OPEC+ meeting, where the cartel will discuss output levels for May. The current strategy of keeping millions of barrels a day off the market has been largely successful over the past few months.

Saudi Arabia has reportedly indicated that it will accept an extension of the production cuts through June, as well as prolonging voluntary unilateral cuts, as rising numbers of Covid-19 cases in Europe dampened fuel demand recovery hopes.

“Market expectations for no change to output are largely priced in,” OCBC Bank economist Howie Lee told Reuters, adding that the heavy Covid-19 caseloads in Europe “has put a brake on oil’s resurgence.”

Europe continues to struggle with a third wave of cases, prompting French Finance Minister Bruno Le Maire to say, “all options are on the table” to protect the public. The number of global Covid-19 cases topped 127.58 million as of Mar. 30, according to Johns Hopkins University data.

Also on the supply side, US crude oil supply data from the American Petroleum Institute is due later in the day.