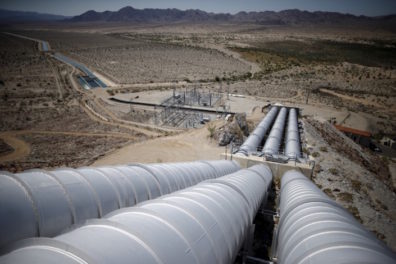 Oil up on Libya pipeline blast

LONDON, December 26, 2017 – Crude prices turned higher in morning trade on Tuesday on reports of an attack on a Libyan oil pipeline.

Islamist militants from the Benghazi Defense Brigade were accused of causing a blast that targeted the main pipeline linking the al-Waha company’s Sidrah terminal and oil fields in Libya, according to sources cited by The Libya Times.

U.S. traders returning to their desks after the Christmas holiday were also digesting the most recent Baker Hughes’ weekly rig count data. According to the data released after Friday’s market close, the number of U.S. rigs targeting oil remained unchanged at 747, giving a brief sigh of relief to traders concerned over the possibility that increasing U.S. shale production could offset production cuts by OPEC and non-OPEC major oil producers led by Russia.

Also putting downward pressure on oil, the North Sea Forties pipeline, which plays an important role in the global oil market, is being tested following repairs and full flows should resume in early January, its operator Ineos said on Monday. The halt of the line earlier this month sent prices surging.