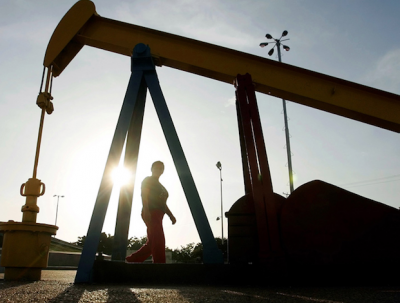 Saudi energy minister Khalid al-Falih said on Sunday the kingdom would cut oil supply by 0.5 million barrels per day in December due to lower seasonal demand. The cut represents a reduction in global oil supply of about 0.5%, according to reports.

Global oil prices are down by around 20% since early October, buffeted by signs of growing output from key producers, mainly the U.S., Saudi Arabia and Russia, and indications of a global economic slowdown.

Sanctions on Iran are unlikely to cut as much oil out of the market as initially expected as Washington has granted exemptions to Iran’s biggest buyers which will allow them to continue buying limited amounts of crude for at least another six months.

Russian Energy Minister Alexander Novak said on Sunday that “There is a lot of volatility in the market” and that “this volatility could remain.”

“Right now we shouldn’t be making any hasty decisions. We need to look at the situation very carefully to see how it will develop so that we don’t end up changing our course by 180 degrees every month,” he said.

In other news, Baker Hughes energy services firm reported on Friday that U.S. energy firms added 12 oil rigs in the week to Nov. 9, bringing the total count to 886, the highest level since March 2015.