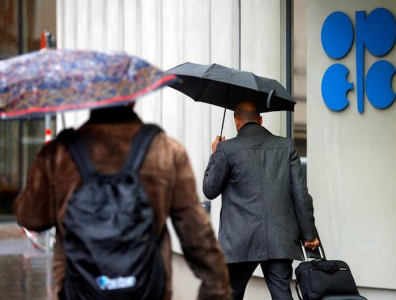 OPEC production up in May: report

LONDON, June 12, 2018 – Crude oil production by OPEC countries rose in May, the Organization of the Petroleum Exporting Countries and Russia stated in its monthly report.

Total production of OPEC countries rose by 35,000 barrels per day (bpd) in May to 31.87 million bpd. Saudi Arabia’s production increased by 9,990 bpd to 85,500 bpd from the prior month. However the higher production in Saudi Arabia, Algeria and Iraq was offset by decreased production in Venezuela, Libya and Nigeria, the firm said.

The organization set to meet in Vienna on June 22 and is expected to decide whether or not to increase supply by one million barrels per day, as OPEC faces losses from Venezuela and Iran.

OPEC agreed in December to cut oil output by 1.8 million bpd until the end of 2018. The agreement was due to end in March 2018, having already been extended once.

Meanwhile there is “pronounced uncertainty” about the oil market outlook for the rest of the year, the organization said.

“Recent developments in the oil market have led to pronounced uncertainty about the second half of the year,” OPEC wrote in its monthly report.

“While oil demand in the US, China and India shows some upside potential, downside risks might limit this potential going forward, including a slowdown in the pace of economic growth in some major economies, stronger impact of policy reform with regard to retail prices, and further substitution toward natural gas,” the report added.