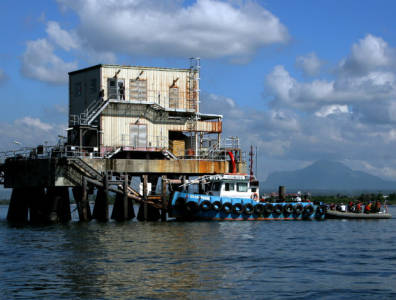 The company plans to leave service contract 55 in the offshore Palawan Basin. Red Emperor will be given the choice to keep 15% interest or be assigned some of Otto’s 65% stake.

The contract contains the high-potential Cinco prospect among others across 9,880 sq.km in southwestern Palawan. Cinco is estimated to contain 82.1 bcm (2.9 tcf) of gas but requires further investment to come on line.

The two companies recently hit hydrocarbons in the Hawkeye-1 exploration, but it was deemed too small to develop. It contained an estimated 480 million barrels of oil.

Otto is also leaving its offshore Midoro-Cuyo prospect, which the company gained in 2013. The basin is said to contain 832 million barrels of oil.

The energy company is cutting its losses to turn its attention towards North America. Otto joined US’ Great Bear Petroleum for a farm-in deal on the Alaska North Slope in October and Australia’s Byron Energy for a deal on the Gulf of Mexico in December.