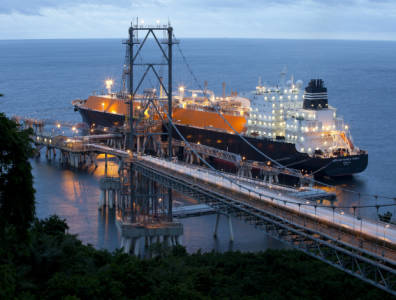 PORT MORESBY, July 21, 2015 – Papua New Guinea’s Oil Search has reported record high quarterly production. The company logged production at 7.41 million barrels of oil equivalent (boe) for the second quarter of 2015. This marks a 7-percent increase from the first quarter, and a year-on-year increase of 100 percent. The part-government-owned Oil Search is the operator for all of Papua New Guinea’s producing oil and gas assets.

The rise in production can be attributed to improved output from the PNG LNG project, in which Oil Search holds a 29-percent stake. PNG LNG contributed 5.67 million boe, representing 24.7 bcm (872 bcf) of LNG and 830,000 barrels of condensate and naphtha, to Oil Search’s quarterly production total.

Despite the production increase, Oil Search reported total revenue for the second quarter of 2015 of $391.5 million – 17 percent less than the first quarter, due to a 35-percent drop in LNG and gas prices during the period.

As a result of the news, Oil Search augmented its 2015 production forecase to 27 million-29 million boe, up from 26 milion-28 million boe.