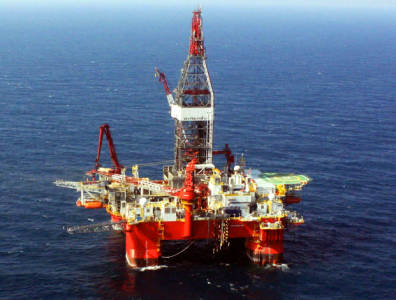 GUADALAJARA, June 11, 2015 – Mexico’s state-owned Pemex said Wednesday that it has discovered hydrocarbons at four locations in the Gulf of Mexico.

The sites could potentially be fast-tracked towards development over the next three years. Production may eventually reach a minimum of 200,000 barrels of oil and 4.8 mcm (170 mcf) of gas per day. Total estimated reserves stand at 350 million barrels of oil equivalent. The company may also construct a production facility to serve the new wells after 20 months of production.

The Batsil-1, Esah-1 and Cheek-1 wells are located in Campeche sound. The fourth well, Xikin-1, is in the Litoral de Tobasco area and will be augmented by another well, dubbed Suuk-1.

“This is good for the industry, good for Pemex and good for the country,” said Pemex’s chief executive, Emilio Lozoya Austin, at the Mexican Petroleum Congress in Guadalajara.

The discovery comes during a period of transition for the company, which faces new competition from multinational oil and gas players. Mexico is in the process of opening its hydrocarbons industry up to private development after decades of Pemex being the only company allowed to operate in the country.