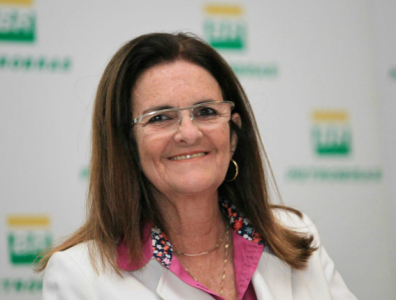 RIO DE JANEIRO, February 4, 2015 – Maria das Graças Foster, CEO of Petrobras, resigned late on Wednesday, along with five top managers amid a crippling corruption scandal that has plagued the semi-public Brazilian oil and gas company for the past few months.

In a security filing, Petrobras said Foster’s resignation was effective immediately. The company’s board of directors will gather on Friday to elect a new CEO and find replacements for her management team.

The news of Foster’s stepping down coincides with the publication of a report on whistle blower Jonathan Taylor, former head of legal affairs at the sales and marketing department of Dutch multinational SBM Offshore, in the Dutch magazine Vrij Nederland. Market leader in the leasing and operation of floating production, storage and offloading (FPSO) vessels, SBM Offshore at one point derived 60 percent of its revenue from its activities in Brazil. Taylor alleges that between 2005 and 2011 the services firm paid close to $140 million in commissions to a middleman through a shell company based in the British Virgin Islands.

It was not until April 2014, a full two years after a silent internal investigation had begun, that SBM Offshore for the first time officially disclosed information on the subject of supposed illegal payments. It said it had found “red flags” but no “credible evidence” for malpractices. On November, the company settled for $240 million with the Dutch Prosecutor’s Office, which said it had found evidence of payments to Brazilian officials, without revealing names.

One week later, former Petrobras refinery director Paulo Roberto Costa admitted to have received $22 million from SBM Offshore. Two months prior, he had already confessed to having bribed around 40 people, including governors, members of parliament and a minister.

In a November 17 announcement, Foster reported there was an “incredible amount of evidence” against SBM Offshore, saying the company would be excluded from tenders until further notice.

SBM Offshore responded to the Vrij Nederland report with a statement released on Wednesday, “strongly denying” the allegations. The company further claims Taylor is in fact attempting to blackmail SBM Offshore over his allegations.