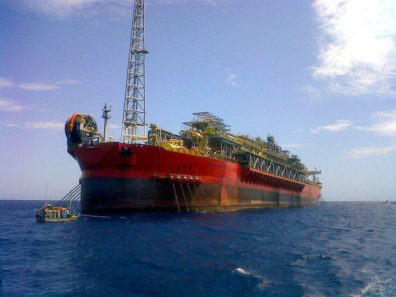 In April both companies carried out an investigation into the incident. Factors that led to the blast, according to a statement released by Petrobras, were non-compliance with operational procedures for fluid-pumping operations, the installation of a pipe rack without the correct technical specifications and registered incidents of non-compliance or alterations in security procedures.

The full report has not yet been authorised for release by Brazilian regulatory authorities, reports Upstream Online.

The FPSO is undergoing recovery operations that started with draining the topside modules and the transfers of stored production to a shuttle tanker. It will then be moved to a repair yard for refurbishing, which is expected to take up to two years.

Petrobras is also facing a probe for a separate scandal involving alleged multibillion-dollar bribes in the form of overcharges paid to government officials in return for contract approvals.

For more news and features on Brazil, click here.

Hess to partner with Global Infrastructure Partners
Next

Shell vessel departs for the Arctic