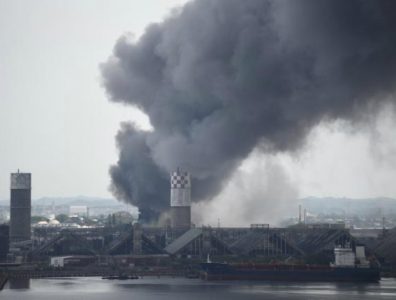 COATZACOALCOS, April 21, 2016 – An explosion at the Parajitos vinyl chloride monomer plant in Mexico has claimed the lives of 13 workers, Pemex CEO José Antonio González Anaya said on Thursday. The blast, which ripped through the facility at 3.15 pm local time on Wednesday, injured a total of 146 people, 88 of whom remain in hospital.

The surrounding area was evacuated soon after the blast, affecting more than 2,000 locals. As the toxic clouds dissipated rapidly, they were soon allowed to return to their homes. Pemex officials on Wednesday evening told the press that the situation had been brought under control. No statements were made regarding the cause of the explosion.

The Pajaritos petrochemical complex is operated by Petroquímica Mexicana de Vinilo, a purpose-created joint venture company between local petrochemicals company Mexichem and state-owned Pemex. Vinyl chloride monomer is the base material for PVC production used for pipes, wires, coatings and packaging. The company produced 177,000 tonnes in 2015.