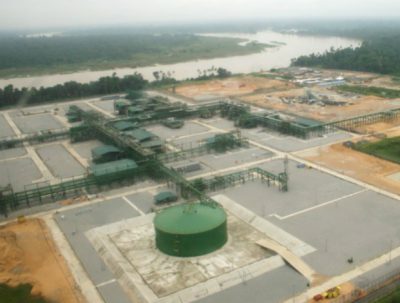 ABUJA, April 21, 2016 – Shell has contravened a court order in Nigeria by keeping its Gbaran Ubie facility open on Wednesday, ignoring a Monday ruling that had ordered the site be sealed for operating without a licence. “There is ongoing work in the facility in clear violation of the court order,” Francis Agbo, spokesperson for the Bayelsa state government, was quoted as saying by Reuters.

Staff was evicted from the facility, which was opened in 2010, in a surprise move on Monday. A statement by the state government said, “The Gbaran Ubie facility was developed by Shell […] in Bayelsa State without a development permit,” adding that the company had “refused and failed to comply with the provisions and requirements of the law and regulations made pursuant to the law.”

Work on the production facilities began in 2005 and reached its design capacity of 28.3 mcm (1 bcf) per day in February 2011. Over the course of two development phases, the project seeks to unlock 42.5 bcm (1.5 tcf) in supplies for its Nigeria LNG plant.

Shell has yet to comment on the decision to seal off the premises.