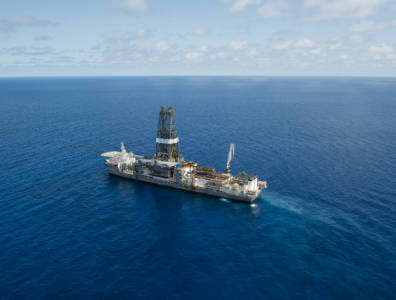 Rig rates down for Transocean

VERNIER, August 20, 2015 – Switzerland’s offshore drilling contractor Transocean has seen two of its contracts extended. Both contracts have been negotiated for a reduced day rate, in what is a sign of a slowdown in upstream activity and the ensuing supply glut threatening the drilling rig sector.

India’s Reliance Industries has signed a three-month extension for the drillship Dhirubhai Deepwater KG2 for a day rate of $295,000, marking a discount of $100,000 from the previous agreement. The new contract will expire in October.

The second contract concerns the semi-submersible drillship Transocean Barents, which Shell has kept on for one more well at its operations in the Norwegian North Sea. The new day rate is fixed at $547,000, down from a previous $574,000. The super-major is likely to have received a larger discount had the extension period been longer – it is expected to expire in September.

The total value of the new contracts is around $35 million. Transocean also announced five of its rigs (Sedco Express, GSF Rig 135, Actinia, Transocean Searcher and Transocean Prospect) are idle.

Goliat on brink of production, says Eni
Next

Fluor teams up with China's COOEC