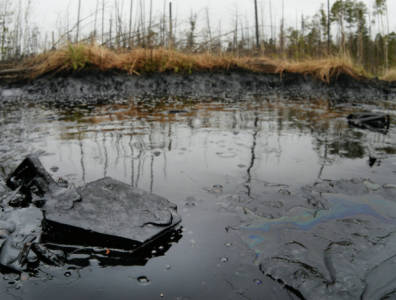 MOSCOW, March 3, 2016 – 110 barrels of oil leaked from an idled conduit on Sakhalin Island, Russian oil producer Rosneft reported on Thursday. The oil is being burned to “minimize ecological damage,” the company said in a statement.

On Wednesday, the spill was first detected in the Ekhabi oilfield in the northern part of the Pacific Island. Local environmentalists have stated that the spill is far larger than Rosneft claims. One activist, in comments to Reuters, estimated the spill at 2,200 barrels.

According to the local branch of Greenpeace, the problem “is of a systemic nature,” adding that the Rosneft incident constituted a “large spill.” The environmental organisation went on to state that spills in Russia amount to “around 30 million barrels of oil a year,” a figure they claim is 7 times greater than the volume of crude released during the Macondo blowout in the Gulf of Mexico in 2010.

FDI in Kazakhstan takes hit
Next