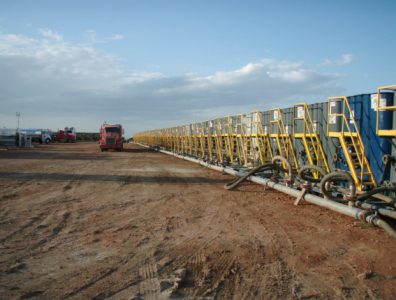 Disposal operations at seven wells used in SandRidge’s oil and gas fracking operations will be discontinued, and total volume discarded in the area will decrease by 40%, or 191,000 barrels per day. Three wells will stop operations altogether and the remaining four will be given to an Oklahoma Geological Survey research team. A fifth unused well will also be donated for study.

Operations on the site, which is about 160 km north of Oklahoma City, should cease by the end of February.

The move will give researchers their first opportunity to see what is happening underground with disposal and seismic activity in real time. A growing body of research links seismic activity to fracking and the use of disposal wells.

This agreement also put an end to a dispute that began in December when Sandridge denied an appeal from regulators to close the wells.

“We had prepared and were about to file a case to force compliance to the two plans we had issued for the areas in December,” Oklahoma Corporation Comission’s Oil and Gas Conservation Division director Tom Baker said. “SandRidge was willing to try and work out an agreement. I think the result is superior to the plans originally issued. There is still a very significant cutback in volume, and the company has agreed to provide resources for this critically needed OGS research program.”

For more news and features on oil and gas in the US, click here.

Blast in Mexico injures 15
Next