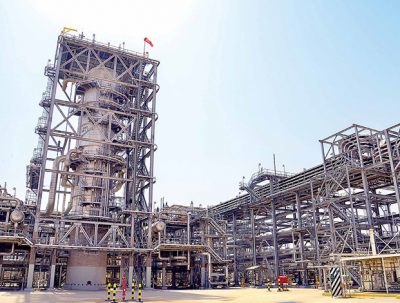 RIYADH, October 8, 2018 – Saudi Crown Prince Mohammed bin Salman has set a deadline of 2021 for the Saudi Aramco IPO and the company’s purchase of a controlling stake in petrochemicals giant SABIC.

The crown prince’s announcements were made Friday in an interview with Bloomberg. He said he expects Aramco to be valued at at least USD 2 trillion.

The IPO had initially been scheduled for earlier in 2018, and its delay caused speculation over whether the Saudi government had changed its plans for the company. Various media reports quoted sources saying the plan had either been shelved or cancelled.

Plans for Aramco’s purchase of a USD 70-billion stake in Saudi Basic Industries Corporation, more commonly known as SABIC, were first reported in July. At that time, Aramco CEO Amin Nasser said that the stake acquisition would likely delay the company’s listing.

Aramco and SABIC are partnering on a crude oil-to-chemicals mega-project valued at USD 20 billion.