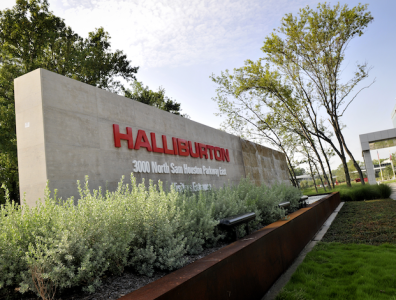 “North America revenue growth of 24% outpaced the average sequential US land rig count growth of 21%, while our margins grew into the double digits,” said Halliburton executive chairman David Lesar in a statement. “More broadly, we outperformed our major peer in every geo-market, demonstrating that we continue to grow our global market share.”

Schlumberger reported an 8% quarterly increase in revenue, at USD 7.5 billion in Q2. CEO Paal Kibsgaard said the worst losses of the global downturn may now be behind the company.

“While the activity outlook in North America for the second half of the year remains robust, we are now also seeing more positive signs in the international markets with increases in activity and new project plans starting to emerge in several geo-markets,” Kibsgaard said in a statement.

“The strengthening in the international markets has so far been concentrated around land activity in Western Siberia and in the OPEC Gulf countries, but we are now also seeing an increasing number of new offshore projects being prepared for tendering and final investment decision in many of the world’s shallow-water basins.”

Schlumberger also said in its press release that it had been contracted by Noble Energy to work on Israel’s Leviathan offshore field for an undisclosed amount of of money, and had signed contracts with other firms to provide services in Russia, Bahrain and Oman.

The news followed Schlumberger’s announcement last Thursday that it had agreed to purchase a 51% stake in in Russia’s Eurasia Drilling Company. The investment for that deal was not disclosed.