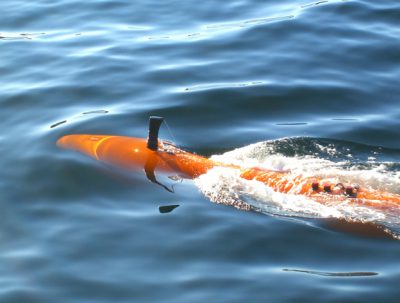 ISTANBUL, August 4, 2016 – Dutch multinational Fugro reported a twenty-fold year-on-year increase in losses over the first half of 2016 on Thursday, while Norway’s TGS slipped from a profit to a loss as oil and gas clients continue to reign in their budgets.

Geotechnical, survey, subsea and geoscience services company Fugro posted a loss of EUR 202.1 million for the first six months of the year, up from EUR 9.9 million over the same period in 2015. Revenue was down as well, albeit to a lesser extent, to EUR 904.9 million, a drop of 26.9% from the EUR 1.23 billion last year.

Seismic company TGS ran a quarterly loss of USD 16.8 million. In the same quarter last year, it saw a profit of USD 24.5 million. Revenue was down 18% year-on-year to reach USD 114.4 million. “While seeing some signs of improvement in oil companies’ willingness to invest in seismic data, the market is expected to remain challenging in the near term,” Kristian Johansen, TGS chief executive, said on Thursday.

The measures aimed at cost reduction and performance improvement at Fugro include further job cuts, eliminating at east another 400 positions on top of the 585 people let go in the first half of 2016. Fugro also announced it had reached an agreement with Shelf Subsea Holdings for the sale of its Asia Pacific business for some EUR 14 million in cash. As part of the deal, Fugro will obtain a 25% shareholding in Shelf Subsea.

“In the first half of this year, budgets of our oil & gas clients again declined significantly, with new projects being deferred or cancelled and strong price pressure as a result of overcapacity. We are continuing to adjust our cost base and capacity to market reality,” CEO Paul van Riel said in a press release.