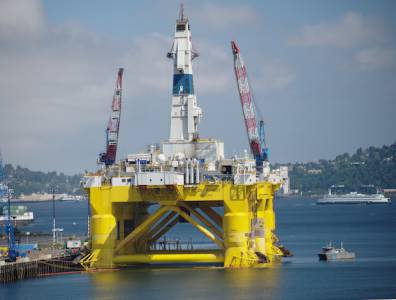 ZURICH, December 28, 2015 – International offshore drilling company Transocean announced Monday that Shell had terminated its contract for the semi-submersible rig Polar Pioneer before its expiration in July 2017.

The rig was used in the Chukchi Sea near Alaska for Shell’s Arctic exploration campaign, which the super-major abandoned last September due to low oil prices and high operational costs. The bill for the campaign ran over USD 7 billion.

Shell also terminated its contract for the Noble Discoverer drillship on December 15, in line with the end of its Alaska operations.

The ship, which was the target of environmental protests when it was docked in the Pacific Northwest, will be transported to Norway. Transocean has said that it received compensation for the early termination.

6,200 left without heating in California gas outage
Next