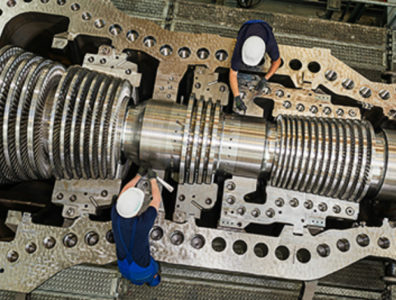 ERLANGEN, April 19, 2017 – Siemens has been awarded a contract for the delivery of an industrial steam turbine package in Kuwait, the company announced on Wednesday.

The news coincided with Siemens being contracted two supply two 380-kV mobile substations to the Saudi Electricity Company that are to be the most powerful built to date in a single feeder configuration. The value of both contracts was not disclosed.

The Kuwait package will be installed at the Az Zour South 3 power plant, transforming the facility from an open-cycle gas turbine power plant into a combined-cycle facility and raising its installed capacity by around 263 MW without the use of additional gas.

The order for the upgrade, which is projected to be completed by mid-2019, came from the Chinese EPC firm SEPCOIII, which was contracted to perform the expansion last year.

GE said on Tuesday that it had been awarded a contract by Kuwait’s Ministry of Electricity & Water for the supply of a steam turbine-generator set and two heat recovery steam generators (HRSGs) for the Sabiya Power Plant.

The company will also provide associated engineering and services for the project.

As with the Az Zour South 3 plant, the new installations will convert the facility from open-cycle to combined-cycle and add more than 260 MW of installed capacity without the need for extra gas.

The HSRGs are to be shipped from South Korea, arriving in Q3 2018.

“GE is committed to driving power sector efficiency across Kuwait and helping the Ministry of Electricity meet the increasing demand for power for domestic, industrial and municipal use,” Ghassan Barghout, president and chief executive of GE’s Gas Power Systems (Sales) for the Middle East and North Africa said.