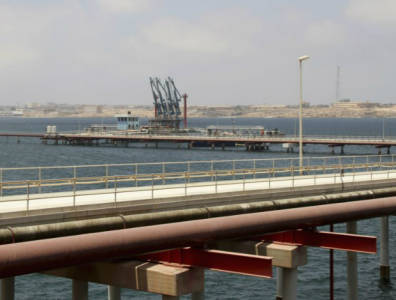 TRIPOLI, May 19, 2016 – On Thursday, the Seachance oil tanker started loading its 600,000-barrel Glencore cargo at the port of Masra Al Hariga after a delay of some three weeks. The vessel had been barred from entering the port by the Benghazi-based National Oil Corporation.

The move came after the eastern NOC saw its own cargo blacklisted by the UN, which works with the unity government operating out of Tripoli, which has its own NOC. The heads of the rivalling entities reached an agreement regarding shipments over the weekend, enabling the Tripoli NOC to commence loading the Seachance. The parties also agreed in principle that the two NOCs ought to be merged. Full details of the agreement, made in Vienna, Austria, were not disclosed.

A spokesperson of the western NOC last week said the blockade would risk Libya having to shut down operations at some of its major oilfields. Production was indeed slowed at the Messia and Sarir fields, reducing the country’s output to a mere 200,000 bopd, down from 1.6 million bopd in 2011.

Gazprom scales back pipe plans
Next