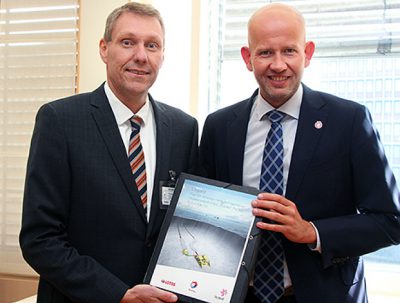 OSLO, August 9, 2016 – The development and operational plan for Utgard field work has been finalised and submitted to the relevant authorities, Statoil announced on Tuesday.

The Norwegian major and its partners have earmarked more than USD 400 million to developing the field, home to some 56.4 million boe. Utgard’s proximity to the nearby Sleipner field means the the find, previously referred to as Alfa Central, will be developed using installations remotely controlled from the Sleipner A platform.

Discovered in 1982, the Utgard field straddles UK-Norway median line. Development work will see the companies involved drill a well on each side of the line. “Utgard is the first Statoil development in many years producing resources across the median line, and we are pleased to have found good solutions that address considerations for good resource management on both sides,” Statoil Senior Vive-President for Project Development Torger Rød said. The two Utgard wells are scheduled for completion in 2019.

The Norwegian section of the field is operated by Statoil on a 62% stake, with partners Lotos E&P and Total holding 28% and 10%, respectively. Statoil owns 100% of the UK portion of the field, the plateau production rate of which has been set to around 44,000 boepd.