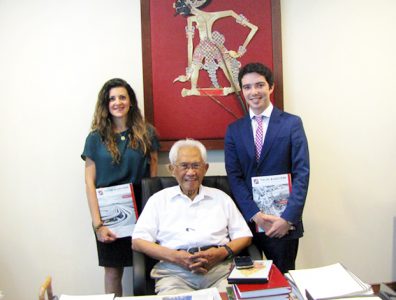 Being the only Asian member for almost 50 years, Indonesia left OPEC in 2008, when record high oil prices and increasing domestic demand made the country a net oil importer. OPEC requires that full members are net oil exporters, while some exceptions are made for the cartel’s associate members.

Being a member would also fall in line with the country’s strategy of increasing production by building new refineries and upgrading existing facilities.

Investment in Indonesia’s oil and gas industry has been lacklustre at best, with talks with Kuwait Petroleum and Saudi Aramco having stalled due to problems with the tax regime. Corruption in the industry has also provided little incentive for outside investment.

“Indonesia rejoining OPEC would offer an opportunity for the country to strengthen its interaction with global energy markets,” Subroto said.

The country will join the OPEC’s Friday meeting as an observer and hopes to secure long-term crude oil supplies from Middle Eastern countries.