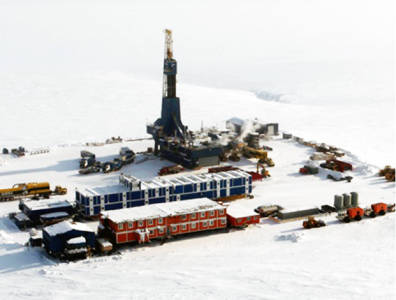 JUNEAU, June 2, 2015 – Spanish exploration company Repsol announced on Tuesday that it has made a series of significant discoveries on Alaska’s North Slope after a 16-well winter drilling campaign.

Repsol is the operator with a 70-percent stake alongside US exploration and production company Armstrong Oil & Gas (22.5 percent) and oil and gas independent GMT Exploration (7.5).

In a company statement, Repsol said that two of its drilling wells at the Nanushuk formation were the most promising of the 16-well campaign. The Qugruk 8 well tested flow rates at 2,160 with a 30 degree API gravity crude, and the Qugruk 301 well yielded as many as 4,600 barrels of oil per day.

“The positive news from this year’s exploration campaign, combined with the recent changes in the state’s tax structure, make Alaska a compelling area to continue to invest and generate the potential for development,” said Luis Cabra, Executive vice-president of Exploration and Production for Repsol.