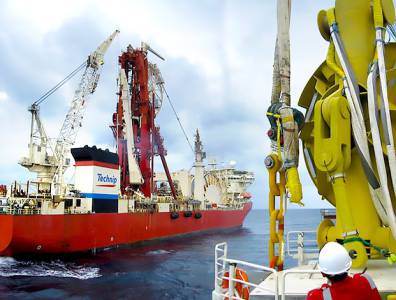 The company’s subsea division posted an adjusted revenue of €1.29 billion, representing an increase of 27.6 percent, while adjusted operating profit increased from €55.2 million to €165 million.

“Our expectations for the group overall remain unchanged but, recognising that at this point subsea is outperforming and onshore/offshore underperforming, we raise our expectation for adjusted operating profit for subsea to the top of the announced range at around €840 million and lower onshore/offshore to around the bottom of the announced range, so around €250 million,” Pilenko was reported as saying.