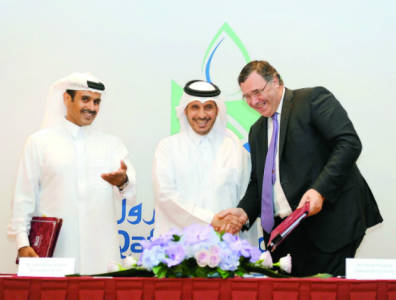 DOHA, June 28, 2016 – Total late on Monday obtained a 30% stake in the Al Shaheen field, outbidding rivals BP and Shell for the 25-year contract. The deal will see the French major take over from Maersk Oil, whose production agreement expires in 2017.

The Danish major had expected to be able to continue operating the offshore Al Shaheen field, but was caught off guard by Qatar Petroleum (QP) last year as it decided to put the licence up for bid. “Total was the best bidder, we are happy to see Total win that process,” QP president and CEO Saad Al Kaabi said at a dedicated press event in Doha.

Total will now be gearing up for investment in Al Shaheen, which produces some 300,000 bopd. “We have a plan to invest for five years, 2017-2022, more than USD 2 billion in that field in order to integrate technology,” Total’s CEO Patrick Pouyanne said during the press conference.

The company’s first goal will be to maintain production. Should the opportunity present itself, Total will strive to raise output above 300,000 bopd. “There are parts of the field which have not been developed,” Pouyanne also said.

When the production agreement comes into effect in July 2017, the field will be managed by the newly established North Oil Company. According to QP, all of Maersk Oil’s staff will be able to find employment with the new joint venture company.

Turkish Stream still in the cards