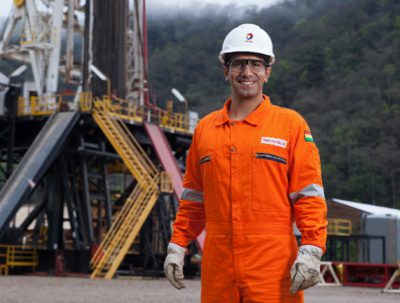 PARIS, February 9, 2017 – Total on Thursday posted a 22% increase in full-year income to USD 6.2 billion, outperforming many of its super-major rivals.

The French company’s earnings over the fourth quarter of 2016 came out at USD 548 million, overcoming a loss of USD 1.6 billion in the same period one year earlier. Sales, however, went down almost 11% from 165.4 billion to USD 147.7 billion.

“After falling from 100 $/b in 2014 to 52 $/b on average in 2015, Brent prices were highly volatile in 2016, fluctuating between 27 $/b and 58 $/b, with an average of 44 $/b for the year. In this difficult environment, the Group demonstrated its resilience by generating adjusted net income of $8.3 billion and had the highest profitability among the majors,” Chairman and CEO Patrick Pouyanné said in a statement.

New production coming on stream in Argentina, Bolivia, Canada, Kazakhstan, Republic of Congo and the UK helped raise hydrocarbons output to 2.462 million boepd during the fourth quarter, up 4.7% compared with the same period in 2015. Measured over the full year, production came out at 2.452 million boepd.

Over the coming 18 months, Total aims to start up 10 new projects. Capital investment for the year is expected to come out at between USD 16 billion and USD 17 billion.