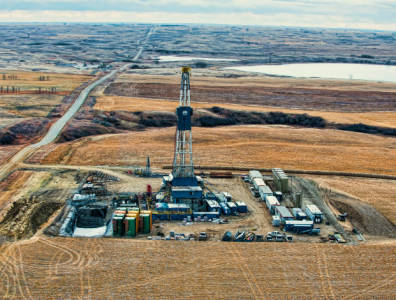 HOUSTON, April 4, 2016 – Oilfield services major Baker Hughes released its monthly rig count report over the weekend, noting further drop in the number of US rigs to 450 as of April 1, down from 1,028 one year ago.

On Friday, it counted 420 land rigs, 26 offshore units and four situated in inland waters. Oil rigs still account for the majority, with 362 units, while the number of rigs that drill for gas stands at 88. In recent weeks, the US rig count has consistently been hitting record lows since Baker Hughes first began tallying the data in back in 1949.

Oilpro’s Joseph Triepke, however, argues that the US rig count might even have reached its lowest point in recorded drilling history. “Although we don’t have consistent records of active rig counts prior to 1949, we believe the total US drilling rig count hasn’t been this low since the inception of the modern US oil industry – about the same time that Abraham Lincoln was sworn in as the 16th US president,” he wrote earlier in March, adding that “In 1861, the US rig count (albeit comprised of wooden derricks, not the highly engineered steel of today) was very likely either at or above today’s levels and climbing.”

The majority of US rigs are in Texas, mostly in the Permian Basin, followed by Oklahoma, Louisiana and North Dakota.