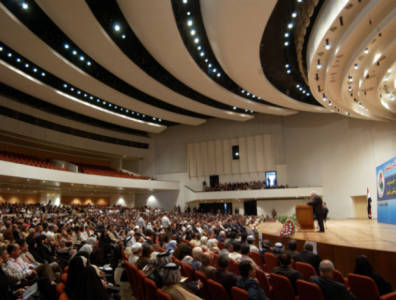 An exposé released on March 30 by Australia’s Fairfax Media, publisher of The Age and The Sydney Morning Herald newspapers, placed oil and gas services company Unaoil at the centre of a widespread oil and gas corruption scandal that saw the Monaco-based firm allegedly bribe Iraqi officials and facilitate contract awards in the country for a host of international companies.

In a statement released on Saturday, Shahristani said he had “neither known nor contacted by phone directly or through a mediator between 2011 and 2012, nor before or after that, Unaoil or Basil Al Jarah or Ahmad Al Juburi, who are named in the report,” adding that he was encouraging the relevant parties to “open an immediate investigation into all the allegations” made in the report.

On Sunday, Talal Al Zaubaiy, head of parliament’s Integrity Committee, said the Unaoil story did “not surprise” him or the committee. According to Al Zaubaiy, the committee had first contacted the Ministry of Oil in July 2015 to initiate a probe into the dealings of Unaoil.

Also this weekend, Nzar Mohammed Salim Doski, a Kurdish professor nominated as minister of oil in his new cabinet, said he had withdrawn his candidacy for the position. While he said there was “no pressure against me to withdraw,” he did release a statement prior to his withdrawal saying that he would seek and require the consent of Masoud Barzani, de facto president of the Kurdistan Region of Iraq, and its prime minister, Nechervan Barzani, in order to perform his tasks as minister of oil.