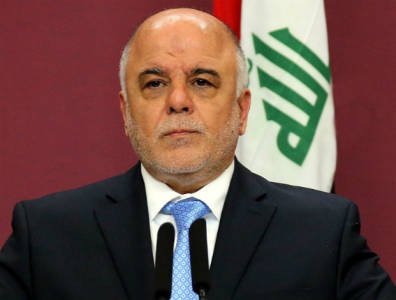 Parliament is expected to debate and vote on Abadi’s technocrat nominations on April 10. The downsized cabinet includes 13 new nominations.

Having served as dean of the College of Spatial Planning and Applied Science at Dohuk University for the past 10 years, Doski was reportedly brought to Abadi’s attention by one of his aides. Previous postings include a 34-year tenure at the University of Mosul. Doski is a doctor of philosophy and holds a PhD from Sheffield University. “Abadi’s office notified me today [Thursday] to submit my documents,” Kurdish news portal Rudaw quoted Doski as saying.

The government shake-up, announced in February, came about after pressure from Shiite cleric Moqtada Al Sadr, who gained notoriety in 2004 for his opposition to the coalition forces. Abadi in August 2015 first set in motion a series of reforms aimed at trimming the public sector and clamping down on corruption. While his efforts were initially met with support, they soon proved unpopular and encountered stiff opposition.

Local press reported on Thursday that around 100 general director positions would be axed this month as part of the reform effort that will also see a downgrade of the number of independent bodies and the merger of 12 ministries.

Outgoing Minister of Oil Adil Abd Al Mahdi last week announced his resignation ahead of the government reshuffle, citing an “atmosphere of uncertainty and disarray dominating the government ministries ahead of a partial or complete cabinet change.” His duties had been taken over by Deputy Oil Minister Fayyad Al Nima.