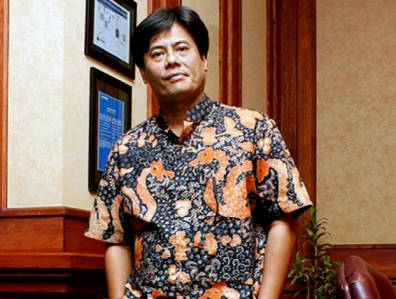 ISTANBUL, March 18, 2017 – The oil and gas news of the past week was a mixed bag. A major Wood Group acquisition set things in motion on Monday, with the highlights of the past week ranging from Iran signalling a readiness to maintain its production cap to the first public statements of the newly installed Pertamina CEO.

Wood Group and Amec Foster Wheeler on Monday announced they had reached an agreement on the former’s all-share offer for the acquisition of Amec Foster Wheeler. Working with a closing price of GBP 7.52 per share, the deal is valued at GBP 2.225 billion (USD 2.71 billon). The new combined entity will be headed by Wood Group executives, with Robin Watson and Ian Marchant continuing as CEO and chairman, respectively.

Struggles
Chinese refinery throughput data for the first two months of 2017 released on Tuesday showed processing at near-record levels. Measured over January and February, throughput came out at 11.23 million bpd, up 4.3% over the same period in 2016. In December of that year, Chinese refineries processed 11.26 million bopd, the country’s all-time high. Oil output was down 8% year-on-year to 3.89 million bopd, mainly due to disappointing performances on the part of China Petroleum & Chemical Corporation, which at 693,150 bopd produced 15% less in 2016, and the Daqing oilfield. Output from the mature asset fell by 4.8% last year.

A number of high-ranking Colombian officials including Ecopetrol CEO Juan Carlos Echeverry are implicated in an investigation into a USD 6-billion corruption case involving the Reficar refinery expansion project, media reported last week. A total of 47 officials, among them Echeverry and Colombia’s Finance Minister Mauricio Cardenas, are under an investigation to establish why additional expenses almost doubled the USD 3.46-billion cost of the expansion project.

Also on Tuesday, Minister of Petroleum Bijan Namdar Zangeneh offered to keep Iranian oil production at the agreed-up level of 3.8 million bopd for the remainder of 2017. Speaking to state news agency IRNA, the minister said the output cap would stay in place on the condition that other OPEC nations, too, remain committed to the volumes decided upon back in November 2016. OPEC, backed by non-member producers Russia, Oman and Mexico, that month agreed to reduce oil production for the first half of 2017. Earlier this month, Angola, Kuwait and Iraq signalled their readiness to consider prolonging the cap on output.

Total has commenced production from the Moho Nord project offshore Republic of Congo, the French major announced on Wednesday. The deepwater venture 75 kilometres off Pointe-Noire uses 34 wells, tied back to the Likouf floating production unit. There, the oil is processed before transport to the onshore Djeno terminal via a Total-operated pipeline. The project also features a newly installed tension leg platform, Total’s first on the African continent. Moho Nord has an output capacity of 100,000 boepd.

That same day, India’s ONGC informed journalists talks on a planned merger with HPCL had commenced at ministerial level.

Asia and Al Saud
Saudi King Salman bin Abdulaziz Al Saud’s visit to China has resulted in several agreements on investment and energy co-operation, a Chinese official said on Thursday. The letters of intent and memorandums of understanding are possibly worth as much as USD 65 billion, according to Deputy Chinese Foreign Minister Zhang Ming, who declined to elaborate on the deals. Speaking on the condition of anonymity, other local officials on Thursday said that talks between China and Saudi Arabia had centred on Chinese investment in the planned Saudi Aramco IPO. Sources familiar with the discussions told Bloomberg that China National Petroleum Corporation and China Investment Corporation had signalled an interest in taking part, with the latter tapped to becoming the country’s main investor in the IPO.

Thursday also saw the confirmation of Elia Massa Manik as the new CEO of Indonesia’s Pertamina. Speaking to reporters in Jakarta, Deputy Minister for State-owned Enterprises Gatot Trihargo said Manik was chosen for leadership abilities. Local media first announced the appointment on Wednesday. Making his first comments, Manik said he would work to improve transparency in communications and increased internal co-operation at Pertamina. “I want things to be open. If there is a problem in the processing division, that’s the responsibility of all directors, so all directors [must] know the problem,” he said, adding that he would direct the company to work on replacing reserves.