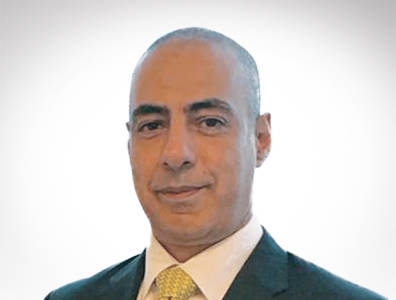 Two major areas of opportunity will emerge out of the crisis: technology and operational efficiency.

Jaafar Altaie, managing director of Manaar Energy, talks to The Energy Year about what it will take for companies to survive the Covid-19 crisis and the role that data and technology will play in the industry moving forward. Manaar Energy provides strategic and commercial advice on E&P, oil service and infrastructure projects.

What is your outlook for the oil and gas industry in 2020?
The situation seems very worrying in the short term, and most of us do not know how long the crisis will last. At Manaar, we do not subscribe to the idea that the crisis will be over in six months. We believe it will go on beyond 2020 and change the global energy industry’s ecosystem permanently. It is difficult to predict how badly oil demand will be affected, but for now everything seems very bleak.
However, longer term prospects are positive in our view. Covid-19 and its implications will shake up the industry in its entirety. The pandemic, coupled with depressed oil prices, will force companies to go out of their comfort zones and exercise an unforeseen diet.
We believe the USD 70 per barrel oil price can return, and when it does, those who survive will be in much better shape to take advantage of it. In the meantime, several industry stakeholders that fail to adapt their business model to the changing environment will simply go bankrupt. Approaches that worked so far have to be fundamentally changed. Firms in the oil and gas value chain, including upstream, midstream and downstream players, will require a thorough operational restructuring.
Ultimately, we believe that two major areas of opportunity will emerge out of the crisis. These are technology and operational efficiency.

What is the role of big data and artificial intelligence for the industry’s future growth?
The learning curve on big data and artificial intelligence is quite long and requires huge investments. The issue is that a lot of companies are still mid-cycle in their implementation plan for big data and digital infrastructure. Unfortunately, these companies will confront growing challenges because the crisis can easily destroy all of the progress that they have made so far to embrace big data.
Those actors who are already ahead of the maturity curve in developing artificial intelligence and have long started to benefit from big data analytics will be able to generate new business opportunities. This is their time now to cut costs by going digital. Some companies, especially oilfield services providers, started to position themselves in 2013 and 2014 to accommodate digitalisation in action. These players will be well positioned by 2022, and they may as well play a major part in the industry’s consolidation process by acquiring other companies that will be in need of capital injection.
We believe ADNOC is not entirely at the peak of the maturity curve in terms of technology investments, but it has crossed the mid curve and is therefore in the safe zone. However, it won’t be able to utilise all the technological breakthroughs to maximum advantage and position itself for sustained growth. There will be limitations to that growth.

What is the way forward for industry players to survive and thrive in a post-crisis environment?
National and international oil companies are making all kinds of redundancies and seeking lasting cost cuts in the midst of the pandemic. They have already asked all their contractors and suppliers to deliver additional cost reductions. Many of the big players are rethinking their business model and will be making drastic changes to their operations.
For instance, a company such as Petrobras, Brazil’s national oil company, may seem to have the worst performance amongst national oil giants around the world. However, when you take a closer look at their capex and incremental cost structure, as well as their diversified portfolio of assets, you realise that Petrobras is at the forefront of the efficiency revolution globally.
Norway’s multinational energy company Statoil has also made huge investments to streamline operations into a technology-focused upstream energy entity. Players such as Petrobras and Statoil are likely to keep their edge and emerge out of the downturn stronger.
Then you have legacy companies such as the National Iranian Oil Company which, due to a lack of investment into embracing new technologies, will cope with severe challenges to survive the crisis. Other international companies such as Halliburton and KBR will also have to revise their operations significantly.

How will the region’s national oil companies continue to evolve as the global energy landscape changes?
ADNOC has long been at the forefront of innovation, and the company continues to streamline internal procedures and processes. Prior to this crisis, the UAE had been known for embracing new efficiencies across the country’s energy value chain to build a more sustainable and brighter future.
Overall, I believe that oil companies in the GCC may be one step ahead of their regional peers, which have less capacity and resources to build long-term resilience. This is particularly true for countries such as Iraq and Iran, where the long-term consequences of the pandemic and the oil price crash can easily be catastrophic. In comparison with Iraq and Iran, the oil and gas value chain in the GCC has been very resilient and suitable to withstand a massive crisis.
In Saudi Arabia, the kingdom’s government has taken a big risk in its way of managing the crisis, and that approach seems to be paying off so far. It looks like Saudi Arabia will continue to emerge as the head of a larger global OPEC and alliances group, and their policies may provide stimulus for other national oil companies in the GCC to grow with them.
Qatar faces a huge dependence on gas, and we know that gas prices are anything but reliable. They react to the negative downfall of oil much more than they react to an uptick in oil prices. Kuwait may be behind the UAE and Saudi Arabia on the technological curve.
Petroleum Development Oman (PDO) has always taken a culture of efficiency as a given. PDO is a great and solid entity that got used to producing in difficult circumstances. The current crisis may not be that big of a shock to PDO’s operations, even though the company does not have the size and assets of ADNOC or Saudi Aramco. It seems that ADNOC, Saudi Aramco and PDO will be taking the driving seat in terms of leading the future revolution in the region.

What do you make of the recently signed historic OPEC deal?
I am not very pleased with the outcome of the deal. In my view, solving the current situation is not only the responsibility of OPEC. However, it is an issue for which OPEC is being leaned on to get us out of it. Going forward, the United States and Russia should also be heavily involved in the production cut deals. OPEC is banking on the possibility that the United States’ shale production will start to decline by the end of 2020 and is planning on making further production cuts to stabilise prices between USD 40-50 per barrel.
We are advocating for a more collaborative OPEC that is aligned with the United States, Mexico, Brazil and other big oil-producing nations to regulate the market going forward. These countries have to be part of some sort of new world mechanism. We can either create this mechanism ourselves or let the market force it upon us.

How would you describe the ways industry actors are responding to the coronavirus crisis?
We have discovered three types of categories in terms of companies’ reactions to the crisis. The first category includes companies that have been caught unawares by the situation and pretend the issue does not exist. They plan on carrying on with business as usual, hoping things will get better. We were surprised to see the number of players that are in complete denial about the crisis. Their jobs are on the line.
The second category includes companies that appear to have a reactive approach. They do not have a well-formulated strategy and prefer to cope with the challenges as they arise on a day-to-day basis. The third group consists of companies that had this figured out from day one and are simply implementing something that they knew would happen.
Unfortunately, very few companies belong to the third group. Most IOCs are part of the second category; they do not know how the long-term implications will play out and are banking on short-term strategies. Some other players have simply given up on setting any strategies. Finally, there are some national companies that are fully aware of their surroundings and the severity of the crisis, yet they prefer to sit back comfortably, hoping that public sector jobs will not be on the line.

What priorities has Manaar Energy set for the year to come?
Our key areas for business growth include risk and data analysis. We want to become the leader in commercial risk-related artificial intelligence, and we have been working on laying down the foundations of artificial intelligence within the company. Today, we are heavily involved with conventional and advanced risk analysis and techno-economic risk assessment in several areas, such as drilling, seismic campaigns and economics around adopting new technologies. Going forward, we can mix our expertise in geopolitics with technical answers to some of the biggest operational challenges that companies will be facing.