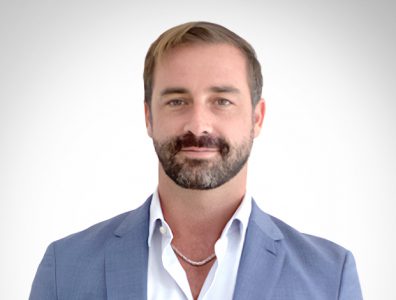 DB Schenker is one of the leading companies in decarbonisation efforts, fully committed to adhering to this needed evolution of our industry.

Charles Le Belenger, managing director of DB Schenker Angola, talks to The Energy Year about the ease of providing logistics services in Angola and the company’s strategy for providing efficiency and traceability in its local operations. DB Schenker is a global provider of supply chain management and logistics solutions.

How easy is it to provide logistics services in Angola?
Angola can be a difficult market to operate in due to heavy overheads, but there are a number of positives. Angola’s Customs system is exceptionally well organised; everything is computerised. Currently, we operate with ASYCUDA [UNCTAD’s Automated System for Customs Data], a global solution, and it works extremely well. Payments are made mainly via online banking. It’s modern, transparent, simple and extremely efficient. And while concerns have been raised around transparency, we haven’t been impacted by this.

How important is the Angolan market to DB Schenker?
DB Schenker is one of the leaders in international logistics. We are a logistics service provider, working in many different countries. During our recent restructuring, the company’s interest in Africa was again confirmed. The continent is so vast, and we are relatively small in some of these strategic markets. Therefore, we want to be more present and implicated in the growth of such important markets.

What share of your Angolan operations is oil and gas-related?
In terms of activity and invoicing volume, this would be over 60%. Our margins are being scrutinised as the entire oil and gas industry has been asked to scale back spending. If we go back 15 years, cost was a lesser priority than quick and secured transport of top, urgent material. Speed was the top priority.
Even though we have been asked to undertake some drastic efforts to contain costs of transport, and prioritise ocean freight versus air freight when possible as a more cost-effective alternative, we still offer maximum efficiency and top-quality service to guarantee our customer’s satisfaction.

Beyond oil and gas, in which other energy sectors are you present?
We are already in other sectors, particularly electricity, and this year alone we’ve handled at least five shipments of special equipment used in the construction of power plants, which being out of gauge always require extra care and planification in order to carry a smooth and flawless delivery. Our global network started the operation from origin, while we were in charge of the destination’s last-mile delivery.
As an example of our expertise in Angola, for rural areas where the co-ordinates are not confirmed we provide road surveys and assessments of how difficult it will be to handle the operation.

What are the existing challenges and opportunities for logistics companies in the market?
The still improving level of infrastructure would be the main challenge we are faced with in our daily operations. There are also some practical problems, such as the railway not being compatible with railways in neighbouring countries, either in terms of dimensions or their condition and need for maintenance. There is also an issue with weight. We can carry relatively heavy loads; we are allowed to haul up to 50 tonnes per wagon up to the border. But on the other side of the border with the DRC, the weight needs to be reduced to half that for each wagon.

Is DB Schenker interested in replicating its Egyptian dry port project in Angola?
If there is an opportunity, we would be interested in participating. At present, I would say the core focus would remain in traditional logistics – inland solutions – together with maritime and air freight solutions. The immediate priority would remain the conventional solutions and our core business as we still have a lot of ground to cover. We are starting to be considered one of the stable references in the market.

What potential for regional logistics collaboration do you see in Angola?
I think that Angola is destined to be a transiting country. In the past, we’ve seen some formidable collaborations with neighbouring countries, reaching all the way to Mozambique. Angola enjoys a great position in terms of geographic location, and there are also neighbouring countries that have compatible markets and common multinational companies represented.

What is the added value of the eSchenker portal for your clients?
When we are asked to move cargo, the immediate question from the client is: where is my cargo? Tracking is essential and a daily preoccupation. If a client asks you to move some equipment, most likely it’s because they need it quickly. We currently enjoy the full support of IT solutions and IT equipment, so it’s quite efficient to digitalise the whole tracking process. The added value of eSchenker would be merging both the physical and the documentation aspect seamlessly.
Another added value is traceability. You can go back to previous operations and track precisely what happened during a transport operation. It can be helpful if there is any kind of an issue as you can better analyse what happened.

What type of solutions are you considering to reduce your CO2 emissions in Angola?
DB Schenker is one of the leading companies in decarbonisation efforts, fully committed to adhering to this needed evolution of our industry. The same goes for the shipping lines we work with, under global partnership agreements. Unfortunately, locally we don’t yet see an immediate solution in terms of trucking, which would be the last-mile delivery aspect of any international cargo movement. But we are eager to see this become a reality.
We have in the pipeline the possible acquisition of some lightweight vehicles, mainly 3.5-tonne trucks, adapted to deliveries within city limits, for a wide variety of small to mid-size cargo. This type of vehicle could easily move a wide portion of the average air freight cargo of 350-500 kilos.

What are the next steps for DB Schenker Angola?
After the recent restructuring, our immediate way forward is improving our internal relationship with the rest of the network. Since we enjoy a comfortable position worldwide simply by being better integrated and respecting the global targets of efficiency, we will grow internally. We believe that we are one of the references in terms of service to the client, stability, transparency and compliance.
Oil and gas and heavy lifting services for power projects are still crucial to us, and these make up a critical factor in the success of our future endeavours. We are now well able to anticipate what such operations may require.