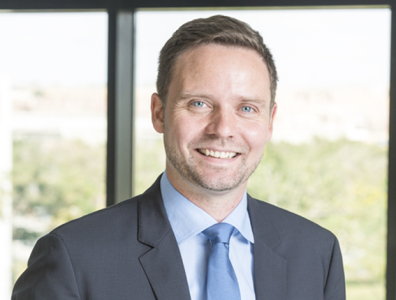 In search of the upside: Inflation, government price regulation and subsidies in Egypt

Egypt has interesting upstream opportunities, particularly in the less explored offshore regions. However, we will not see a huge onshore boom akin to the one in Saudi Arabia, because Egypt’s conventional oil plays are largely saturated and mature. Nevertheless, there are many opportunities in the Mediterranean, with estimated gas reserves there of up to 223 tcf (6.32 tcm).

Looking at the immediate climate, international oil prices of around $50 per barrel are not very good for upstream operators. The lower price regime has a trickle-down impact on drilling contractors, as well.

What is particularly challenging about the current situation is that, typically, as a drilling contractor, your client, the field operator, requests rate reductions in the day rates on rigs. In turn, contractors start squeezing their suppliers to produce a chain of price discounts.

Only transport providers benefit from a reduction in the oil price, because their fuel costs go down. But the Egyptian government is using this opportunity to remove fuel subsidies, so there is no net advantage gained. Forcing a supplier to operate at a loss does not make long-term business sense. So finding a negotiation balance is the first challenge.

UNIQUE HURDLES: The second challenge is related to the dynamics of the local market. Typically, when oil prices are high, operators, drillers and oilfield services companies all make a lot of money. Returns on investments are impressive. That is not the case in Egypt, however, because the Egyptian General Petroleum Corporation regulates the price levels. We have never been able to negotiate our own prices.

The fiscal environment has proven detrimental to development. Looking back at the 2008 global financial downturn, it was not until 2014 that day rates on rigs returned to their 2009 levels. Inflation in Egypt continues in the double digits, reaching a peak of 11.4 percent after the subsidy slash, but settling to 10.1 percent as of December 2014.

With employees simultaneously expecting salary increases, additional taxes levied on us by the government and increased safety regulations, there has been a profit squeeze. In fact, it is much less profitable to be a drilling contractor now than it was seven or eight years ago.

If we have to further lower rates, which are already 15-20 percent below where they should be, our prices would then be 25 percent too low for us to make an acceptable return on our assets, and we could not afford to sit on investments for five years. This is a game we cannot win if things do not change.

PLAN AHEAD: Drilling companies may need to discount their services for a period of time if they know there will eventually be an upturn. We have also recently seen clients laying off rigs. That is a bit premature. On one front, we are seeing a reduction in activity. On the other hand, we see new clients coming in with interest in doing something in Egypt.

The question of rig availability is on the minds of operators and officials alike. Every government official asks me when we are going to bring more employees and work capacity to Egypt. I respond that there needs to be a well-structured, long-term contract first. There is not enough long-term offshore capacity to match the expected needs of exploration and production projects.

Regardless, there are new entrants coming into the drilling-contracting market, ranging from those offering low-end rigs to those performing immersed drilling for BP offshore, so there is steady workflow in the industry.

We are following developments both onshore and offshore, but one challenge is weighing the cost of mobilisation for a short-term project, or bringing in a rig to drill only one well. That could cost you around $5 million, so it is not worth it. You need contracts that are at least two or three years in duration to motivate additional rig availability for the Egyptian market.

FINAL FRONTIER: The final onshore frontier is exploration and production of unconventional plays, especially in the Western Desert. This is an expensive space to operate in, requiring high technology, and drilling companies are already not getting paid enough for the conventional wells we provide. With ultra-low day rates and some of the lowest production costs in the world, you would think that even an oil price of $50 per barrel would be economically feasible, just not as beneficial.

Until we see conventional wells reaching acceptable returns, no international players will invest more or launch large-scale drilling programmes for unconventional plays here. They need to be able to expect an acceptable return on invested capital. We are not expecting 40 percent. We would need a 9-percent return on invested capital, and no one is getting close to that right now. Ultimately, a lot of Egypt’s potential remains untapped and is subject to shifting fiscal regimes, energy reform and the volatility of oil prices.

Click here for more industry news and features from Egypt