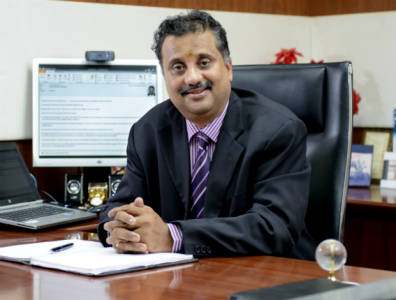 "While India intends to explore its sedimentary basins, its oil and gasfields are maturing, requiring further production from deepwater assets where most of the underexplored potential lies."

Aker Powergas Subsea’s CEO, C.M. Venkateswaran, talks to TOGY about the status of and potential to develop the country’s deepwater oil and gas assets. The company has developed its experience in subsea engineering by working with Aker Subsea in Norway and other regions for the past 10 years.

What is the state of India’s subsea industry?
The country has limited exposure to subsea technology, as India’s major offshore developments have been in the shallow waters of offshore oilfields on the west coast.
In 2005, the Indian conglomerate Reliance Industries was the first operator to venture into deepwater with the development of the country’s largest natural gas reserve, the D6 field in the Krishna Godavari Basin.
India has been following the global trend of exploration in harsher operating environments. As operators such as state-owned ONGC or Reliance Industries develop deeper fields, new subsea technologies are desperately needed.
The development of India’s subsea industry needs to accelerate. India has remained under-explored for many reasons, the lack deepwater technology being a critical variable.
While India intends to explore its sedimentary basins, its oil and gasfields are maturing, requiring further production from deepwater assets where most of the underexplored potential lies. Indian state-owned Oil and Natural Gas Corporation as well as Reliance have been conducting exploration ventures in the Krishna Godavari Basin.

What factors to you use to assess the supply chain for subsea equipment in India?
The subsea sector is driven by health, safety and environmental standards because subsea installations operate in very deep and harsh environments for extended periods of time with a high level of integrity. Some installations operate for 20-25 years before being replaced.
The forging sector plays a critical role in this product-driven industry. Designing products with a high level of reliability requires specific engineering skills and project execution models that need to be developed and nurtured.

How have subsea suppliers evolved to accommodate the new exploration focus?
Indian suppliers have been delivering to the subsea industry globally for several years, including to Aker Solutions. While the supply chain for subsea equipment still has potential for improvement in terms of breadth of offerings and expertise, the sector has evolved considerably in the past decade.
For example, forgings for key subsea equipment such as Christmas trees and valves can now be supplied in India. In addition to these offerings, structural fabrication offers represent additional options.

How equipped are local engineers for projects and developments in subsea environments?
The adoption of subsea technologies in India will evolve through the years. The country’s subsea industry is still young and needs to mature. It needs more specialised skillsets, as well as trained engineers, designers and technicians able to handle the complexities associated with subsea equipment and installations.
Aker Solutions India has embarked upon an education initiative in order to improve training for these specific skillsets. The first set of students to undergo this advanced training is expected to graduate in July 2015. The collaboration between operators, service providers and local educational institutions is an absolute necessity for a growing country such as India, and should to be further reinforced and expanded in order to shape the nation’s future.