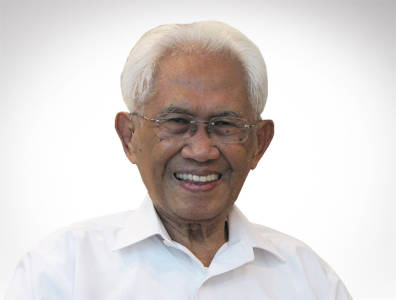 "A bureaucratic overhaul is also necessary to ease decision making in the industry."

Amount of oil Indonesia produced during the 1990s1.5 million bopd

Indonesia: get back in the game

Subroto talks to TOGY about the decrease in oil production in Indonesia, unconventional resources and the prospect of rejoining OPEC. Subroto served as Minister of Energy and Natural Resources from 1978 to 1987 and Secretary-general of OPEC between 1988 and 1994.

What has caused a decrease in Indonesia’s oil production since 2000?
Indonesia was producing around 1.5 million barrels of oil per day during the 1990s, and the level has gradually declined since 2000. The country is now producing less than 800,000 barrels of oil per day.
Indonesia’s energy policies and regulations remained constant and clear in the 1970s, 80s and 90s throughout President Suharto’s regime. By not changing regulations often, the government provided the oil and gas industry with much-needed certainty to accurately predict risks and return on investment. With more regulatory changes, uncertainty exists for investors looking to Indonesia.
The legal process is also more complex with regional autonomy and decentralisation. Centralisation of the government in the 1980s allowed for a more timely decision-making process, however with decentralisation, each region has a certain amount of administrative control.
Gaining a permit is also an obstacle in increasing efficiency in production. When a company wishes to explore a region, it must meet with the Ministry of Forestry, Ministry of Environment and Ministry of Energy and Natural Resources, among others. The companies need all of these licences before they can operate, which slows exploration and production.

What is the potential in Indonesia for developing unconventional resources?
Shale production is very advanced in the US, as the country has the required technology and money. Some companies in Indonesia believe that developing shale is too expensive.
We can make use of another new unconventional resource, coal bed methane (CBM). Pertamina and some international oil companies such as Chevron and ExxonMobil are already exploiting CBM acreages. BP and multinational oil and gas independent Eni hold stakes in the first significant CBM project in Indonesia, the Sanga Sanga field in East Kalimantan. Pertamina Hulu Energi, a subsidiary of Pertamina, runs the CBM project in South Sumatra. Although CBM is a new source of natural gas, it is promising.

What are the possible benefits of Indonesia rejoining OPEC?
As a member of OPEC from 1962 through 2008, Indonesia played an important role in the organisation. Being the only Asian country in the organisation allowed for Indonesia mediate the differences experienced by members. We could regain that role again and become a leader in the industry.
Being a member of OPEC would more easily allow for an additional supply of oil if needed. Since Indonesia is already an important oil importer, it makes sense to maintain close relations to major producers such as Saudi Arabia or Kuwait.

What is the benefit of having international oil companies in Indonesian markets?
We can gain from having international oil companies in Indonesia such as Chevron or Total. Exploring oil and gas requires capital, management and technology. Having these companies in the country would provide a teaching experience.
However, we need to strike a balance and encourage local content and domestic production. We can accomplish a lot of things with domestic production such as creating jobs and reducing poverty.

Why should investors come to Indonesia instead of other markets such as Malaysia, Brazil and Mexico?
Indonesia has challenges such as being a high-cost economy and needing improvements to the infrastructure. Indonesia is ranked as a low-middle income country with a growth rate of 5 percent. However, we are aiming to become a high-middle income country with a rate of growth of 7 percent per year. This can be achieved if we can reduce the high cost of doing business as well as easing the process of obtaining a licence and dealing with the bureaucracy.