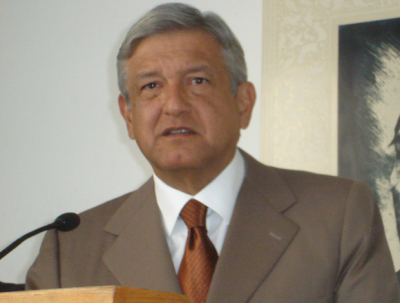 AMLO to “clean up” Pemex

“Pemex has to be cleaned up, because if not, we’re not going to have a top-flight company,” Carlos Urzua, AMLO’s pick for finance minister, told Reuters.

The presidential candidate aims not only to increase Pemex’s efficiency and competitiveness, but also to “slim down the structures of all the decentralised institutions,” Urzua said.

Discussing AMLO’s stance on Mexico’s energy reform, which has many investors worried about the continuation of E&P bidding rounds, Urzua said that “the [auctions] wouldn’t necessarily be canceled, but they could be halted,” and possibly carried out at “a slower pace.”

The would-be minister’s interview with Reuters raises further questions regarding exactly what AMLO plans to do about Mexico’s energy reform, which he has heavily criticised. Ahead of the Round 3.1 tender in March, he said that he would put an end to power sector privatisation and ask President Enrique Peña Nieto to stop tendering new E&P licences.