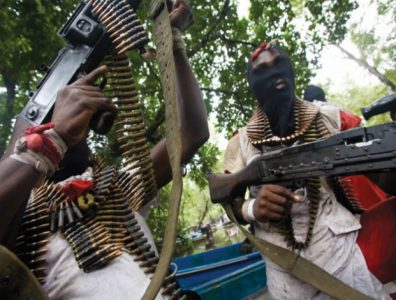 ABUJA, June 16, 2016 – The Niger Delta Avengers (NDA) claimed to have blown up a Nigeria National Petroleum Corporation pipeline in Akwa Ibom state early on Thursday. Yet to be confirmed, the NDA alleges to have struck near Oruk Anam at 4.00 am local time.

If true, the attack would mark an end to a period of relative calm across the oil-rich Niger Delta, where the NDA last attacked the Obi Obi Brass trunkline operated by Eni subsidiary Agip on June 9.

The NDA earlier this week left an opening for dialogue – albeit highly conditional – with a statement on their website saying it was awaiting “the right atmosphere” before entering into “genuine dialogue” with the authorities through “independent mediators.” For that to happen, the NDA said oil companies had to refrain from repairs of damaged pipelines and facilities. It said it would reconsider its “earlier stance of not taking lives” if this condition was not met.

The NDA’s so-called Operation Red Economy, a campaign to cripple the Nigerian oil and gas industry, has so far targeted Chevron, Eni, Shell and Nigeria National Petroleum Corporation, and has reduced the country’s output to some 1.5 million bopd.

Exxon puts up Bass Strait assets for sale
Next