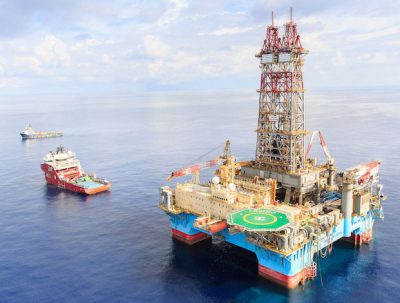 BP to drill Ironbark prospect by 2019

PERTH, February 16, 2017 – BP plans to drill a gas prospect off the North West Shelf within the next two years, a senior BP executive said yesterday.

BP’s Australia exploration and production managing director Claire Fitzpatrick told a gathering of hydrocarbons industry players, “What we’re looking for is prospects which can be developed which are profitable and economic in a low-price environment, not just the ones that are good in a high-price environment.”

The WA-409-P prospect was formerly wholly owned by Australia’s Cue Energy Resources, which retains a 20% stake. It taps into the Carnarvon Basin formation Ironbark, estimated by Cue to hold 425 bcm (15 tcf) of prospective recoverable gas (best estimate), which straddles the WA-359-P permit as well. The play is located close to the North Rankin, Pluto and Wheatstone projects and could be developed using existing infrastructure, lying less than 50 kilometres from Woodside’s North Rankin platform complex.

Offshore Engineer reported Cue executive chairman Grant Worner saying in 2016, “If Cue’s assessment is proven to be correct, Ironbark would be three times the size of the Scarborough, Wheatstone, or Pluto fields.”

BP has a one-sixth stake in the North West Shelf Venture, Australia’s largest hydrocarbons producing area. The venture is operated by Woodside.